WHAT WE'VE BEEN THINKING ABOUT RECENTLY 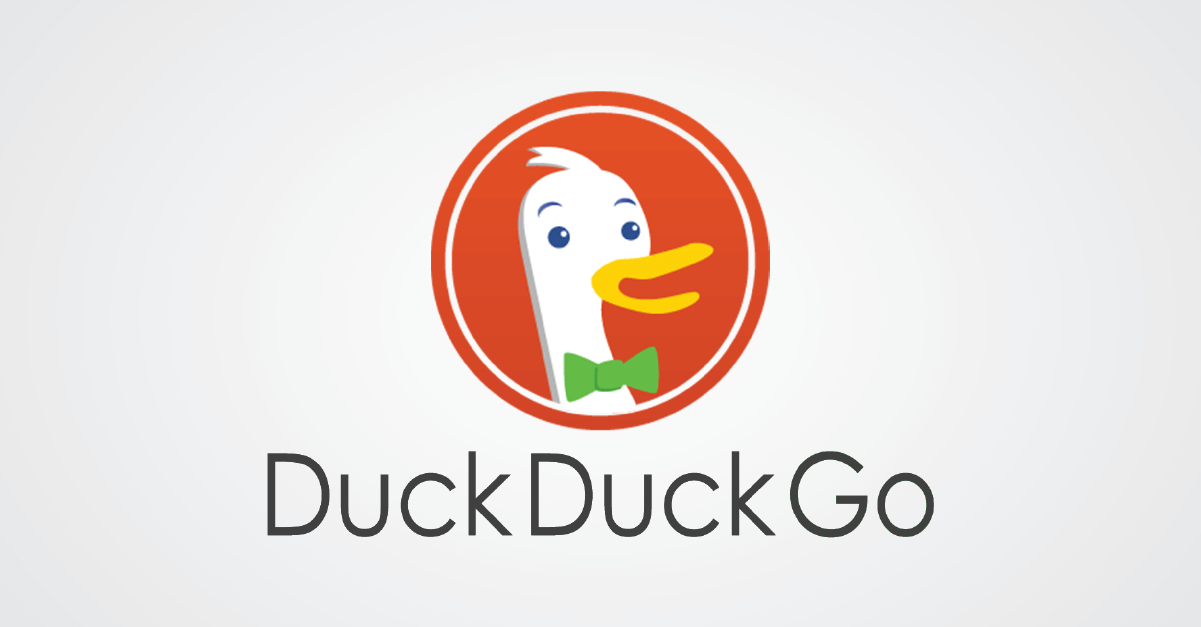 While Google might be the industry leader in terms of search, it certainly isn’t the only search engine within the market. With Bing still seeing around 873,964,000 searches a day and Yahoo seeing over a billion monthly active users alone, these search engines are still a huge part of the search marketing industry. However, there’s a lesser-known search engine currently working it’s way up, even recently securing a position as a default search option on Google Chrome – but where did this all start?

Formed back in 2008, DuckDuckGo is a search engine just like Google that won’t track you as you search. With promises not to utilize any cookies in order to form advertisements and a policy that ensures no personal information is collected as you search, this is a search engine that is catering to consumer concerns regarding their privacy and security.

For the first two years after they were founded, DuckDuckGo was focused on securing a position in the search market, and for that reason, it wasn’t until 2010 that they officially decided to do something that most search engines hadn’t – they removed search history. With the knowledge that users were becoming concerned about security and whether their online activity was being followed, they successfully secured a gap in the market that larger search engines were missing.

Google Has Just Listed DuckDuckGo As A Default Search Option

While Apple introduced DuckDuckGo to Safari’s search function in September of 2014, and Mozilla made DuckDuckGo a default search option on Firefox in November 2014, Google Chrome showed no signs of joining in. In fact, it wasn’t until Chrome 73 was released just this week that Chrome has finally recognized DuckDuckGo as a default search engine.

One of Google’s software engineers claims that:

DuckDuckGo’s popularity is undeniable, with the search engine securing over a billion searches per month, so Google’s move to include them within the DSE list is one that may not come as a surprise to regular users. While DuckDuckGo previously had a Chrome extension that enhanced security and ensured privacy within the browser, this move to make them a default search engine has ensured that Chrome’s users have easy, simple access to search without any extra downloads.

So, What Can DuckDuckGo Do That Google Can’t?

DuckDuckGo is nowhere near the size of the search engine giant that is Google, but it has quite a few features that users and businesses alike could find useful that Google can’t offer. The first, of course, is enhanced privacy.

While Google consistently put their users first when it comes to the SERPs, seen in the past six months with the emphasis on their E-A-T metric, DuckDuckGo has been advertising their company with the tagline “your data shouldn’t be for sale.” While it’s possible to prevent Google from tracking your search history or compiling data using your searches, namely by using browser extensions, DuckDuckGo has this focus on privacy built into its very core.

DuckDuckGo doesn’t store any of your personal information, giving you peace of mind that they’ll have no data that they can then go on to sell or share. They won’t store your search history and whether you’re using private or standard browsing mode, you still won’t be tracked. With 79% of adults concerned about going online, and 58% concerned about their data and privacy, DuckDuckGo is going some way to offer a new way of utilizing search features without the fear of privacy breaches.

In addition, one of DuckDuckGo’s most interesting features is their ‘Bangs’. These are essentially search shortcuts that allow users to see the results from another search engine, giving you the familiarity of engines like Google or Bing, with the knowledge that you’re remaining safe. Alternatively, you can also search via a number of different websites without having to go into the site first.

Some of the most popular shortcuts include

With over 12,140 ‘bangs’ to choose from, they have streamlined the process of searching your favorite sites and helping you to reduce their tracking of you in the meantime.

Is It Truly Worth Paying Attention To?

While Google still remains the most prominent search engine available today, DuckDuckGo is proving that it is still a force to be reckoned with. With a focus on privacy in a world where consumers are increasingly concerned about whether they are safe online, it’s safe to say it’s not something that should be overlooked.

With Google’s move to include DuckDuckGo as a default search engine, this alone has shown that it’s not something businesses or customers should ignore. If you’re looking to truly capture attention from potential and returning customers, take a look at your privacy – is it up to standard? More importantly, is your business showing up on DuckDuckGo’s results?

While DuckDuckGo’s 1 billion searches a month is nothing compared to Google’s 100 billion, that’s still an incredible number of people that could be visiting your website simply because it’s listed on this up-and-coming search engine.

For more information regarding DuckDuckGo, making your site secure or for help with your SEO campaigns, feel free to get in touch with a member of our expert team on +91 141 267 09 08.

Why On-Page SEO Is Important

This website uses cookies to improve your experience while you navigate through the website. Out of these cookies, the cookies that are categorized as necessary are stored on your browser as they are essential for the working of basic functionalities of the website. We also use third-party cookies that help us analyze and understand how you use this website. These cookies will be stored in your browser only with your consent. You also have the option to opt-out of these cookies. But opting out of some of these cookies may have an effect on your browsing experience.
Necessary Always Enabled
Necessary cookies are absolutely essential for the website to function properly. This category only includes cookies that ensures basic functionalities and security features of the website. These cookies do not store any personal information.
Non-necessary
Any cookies that may not be particularly necessary for the website to function and is used specifically to collect user personal data via analytics, ads, other embedded contents are termed as non-necessary cookies. It is mandatory to procure user consent prior to running these cookies on your website.
SAVE & ACCEPT